Queensland have upset New South Wales to win the State of Origin series with a dramatic 20-14 victory in the third and deciding match. 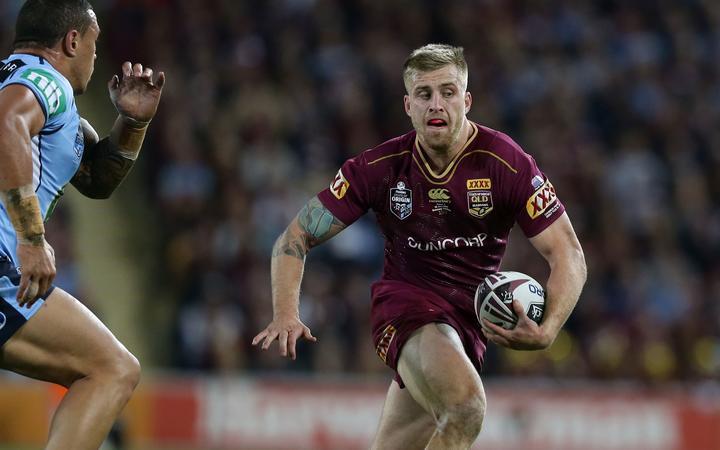 Written off by many, the unfancied Maroons charged out to a 14-point lead midway through the second half in Brisbane after debutant hooker Harry Grant scored the third of the home team’s three tries.

The Blues surged back within six with eight minutes remaining, before Queensland also had fullback Corey Allan sent to the sin-bin for a professional foul with four minutes to play.

But the visitors were unable to complete the comeback and clinch a third-straight series triumph, a Maroons side who fielded 14 debutants across the three matches hanging on for a famous win.

The victory, secured in front of a world-record post Covid-19 crowd for sport of 49,155, was Queensland’s ninth in 12 Origin deciders played in Brisbane.

New South Wales captain James Tedesco was taken from the field after suffering a concussion in the first half, while playmaker Cody Walker was also forced off the field after a head knock late in the match.