Kuwait’s Emir, Sheikh Sabah al-Ahmed al-Sabah, has died at the age of 91. 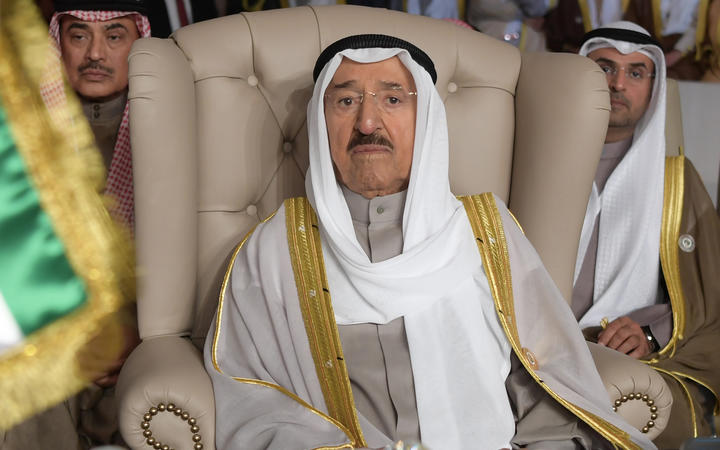 His 83-year-old half-brother, Crown Prince Sheikh Nawaf al-Ahmed, has been named by the cabinet as his successor.

In July, Sheikh Sabah was flown to the United States for medical treatment following surgery for an unspecified condition in Kuwait that month.

He had ruled the oil-rich Gulf Arab state since 2006 and had overseen its foreign policy for more than 50 years.

He was dubbed the “dean of Arab diplomacy” for his efforts to restore relations with states that backed Iraq during the 1990-1991 Gulf War, when Kuwait was invaded by Iraqi forces.

The emir also often acted as a mediator in regional disputes, including the ongoing diplomatic stand-off between Saudi Arabia, its allies and Qatar.

“Today we lost a big brother and a wise and loving leader… who spared no effort for Arab unity,” Jordan’s King Abdullah II wrote on Twitter in Arabic.

UN Secretary General António Guterres called the emir “an extraordinary symbol of wisdom and generosity, a messenger of peace, a bridge builder”.

“With the utmost sadness and grief for the Kuwaiti people, the Islamic and Arab world and people of friendly nations, the Emiri Diwan mourns the death of Sheikh Sabah al-Ahmed al-Jaber al-Sabah, the emir of Kuwait, who is now next to God” he said.

Sheikh Jarrah did not give a cause of death nor say where the emir died.

Born in 1929, Sheikh Sabah was the great-grandson of the founder of modern Kuwait, Mubarak al-Sabah, who signed a “Treaty of Friendship” with Britain in 1899 that saw it become a protectorate.

He was reappointed foreign minister in 1992 and served until 2003, when he was named prime minister by his half-brother Emir Sheikh Jaber al-Ahmad.

Sheikh Sabah became Kuwait’s ruler himself in 2006, after Sheikh Jaber died and his cousin Emir Sheikh Saad al-Abdullah stepped down just nine days into his rule as parliament moved to depose him on health grounds.

Kuwait – which has a population of 4.8 million, including 3.4 million foreign workers – has the world’s sixth-largest known oil reserves and is a major US ally.

The emirate’s parliament has the most powers of any elected body in the Gulf and opposition MPs openly criticise the Sabahs.

However, the ruling family retains full control over key government and executive posts and the emir has the last say in political matters. He also has the power to override or dissolve parliament, and call elections.

Sheikh Sabah dissolved parliament or reshuffled his cabinet a number of times after lawmakers sought to question or submit votes of no confidence against senior ministers, including members of the ruling family.